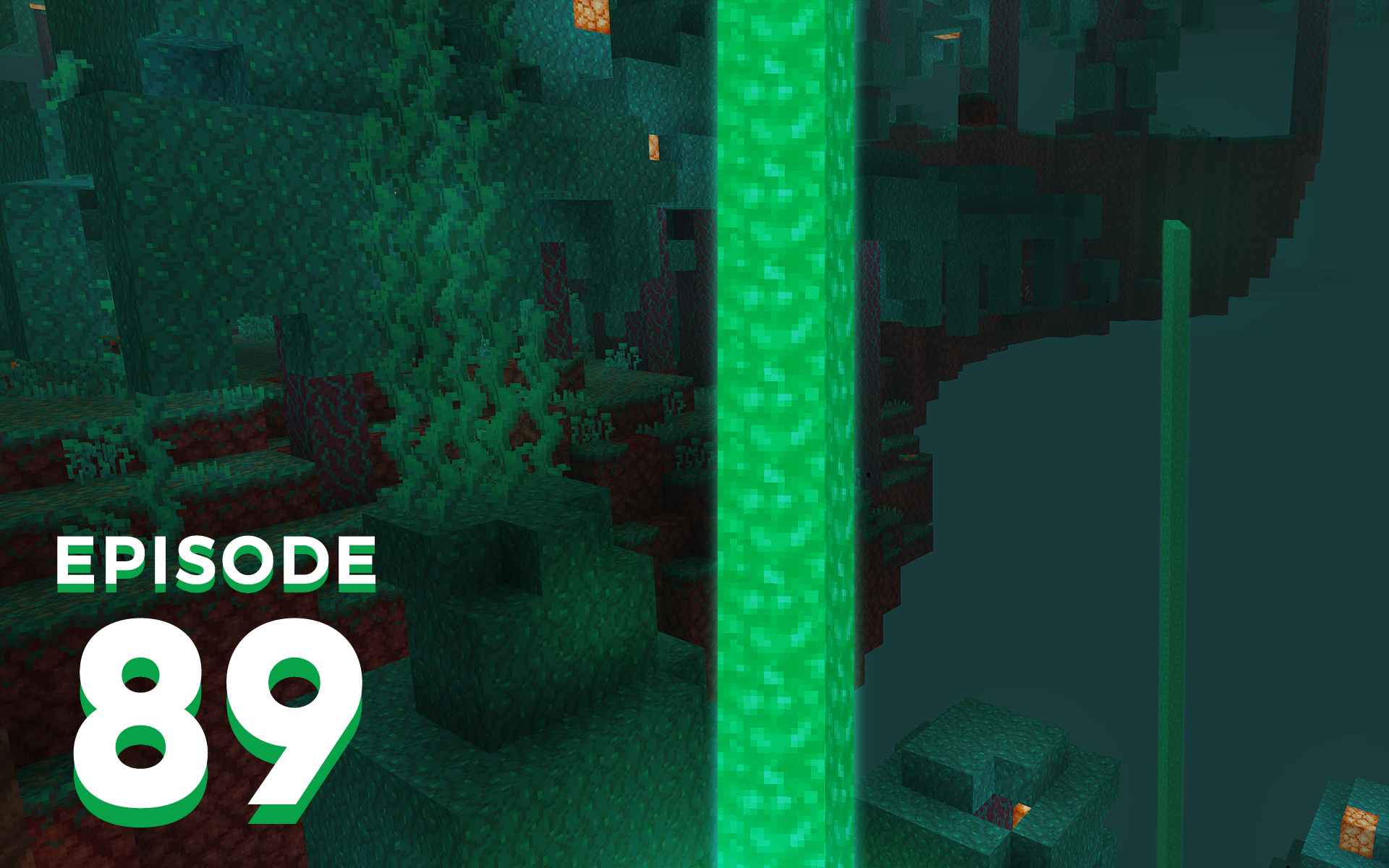 With a lighter Minecraft snapshot this week, Jonny and Joel take a brief look at changes to advancements, and game mode switching before tackling bastion feedback, and mob spawning control in the listener Chunk Mail Dispenser episode for May.

Watch The Citadel – Vanilla Survival from joelduggan on www.twitch.tv

FROM: Paul C.
RE: Wood Cutter

Hey guys! – I was playing Minecraft  while listening to Episode 88 the other day when something occurred to me. When you are making stairs or walls out of any stone, you can do it with a stone cutter. What about wood? What do you think about Mojang adding a woodcutter to the game that would cut wood into fences, stairs, etc?

FROM: Noiram Retlaw
RE: I Love Blackstone

In your recent podcasts you pointed out that you don’t like blackstone because you don’t really know how to use it in your builds. You also said that the different types of blackstone are not clearly visible and you therefore can’t really tell the difference between the blocks.

I love blackstone in all its variants! However, I agree with you that they are all very similar and that they should be more versatile. I know exactly what I will use these gorgeous new blocks for and I really can’t wait for The Nether Update to finally come out! I want to use blackstone to make sharp cliffs on the evil side of my medieval island kingdom. I play on Bedrock and I have a wither trapped in bedrock blocks as part of my tree farm so that the sky always goes dark if you enter this side of the island.

I think that blackstone is a fantastic addition to the stone types we currently have.

FROM: Max F.
RE: New Feature

I absolutely love your podcast! It gives me all the updates and you always make listening to the new fun. I have a couple questions:

1. If you could modify the piglin bastions in any way possible, (eg. design, blocks, etc.) what would you do?

2. If you could add a new feature what would it be?

Stay safe and keep being the best!!

FROM: DeathByKoopa
RE: The Darkness

Brand new listener here! Since being stuck at home, I recently dove back into Minecraft and discovered your podcast. It’s been such a delight having it on in the background while working on my base on a small server with friends. I’ve recently come across a building predicament and had an idea for a potential remedy that Mojang could implement in the upcoming Nether update.

I wanted to build a dark basement smelting room that lights up via the furnaces and a few lava dispensers. However, I quickly came to realize that having a mostly dark room is not an option in survival Minecraft, as hostile mobs will fill up the room if left unattended. Seeing as how hoglins are scared off by the new warped fungi, I thought it would be cool to craft a device that prevents all mobs from spawning within a certain radius of it. Maybe it’s crafted using the fungus? Or instead uses fungus as fuel? What do you guys think?

Do you have any other ideas for a way to build dimly lit rooms in survival? Perhaps there’s already a method in vanilla that I’m forgetting about.

Thank you so much for the show!