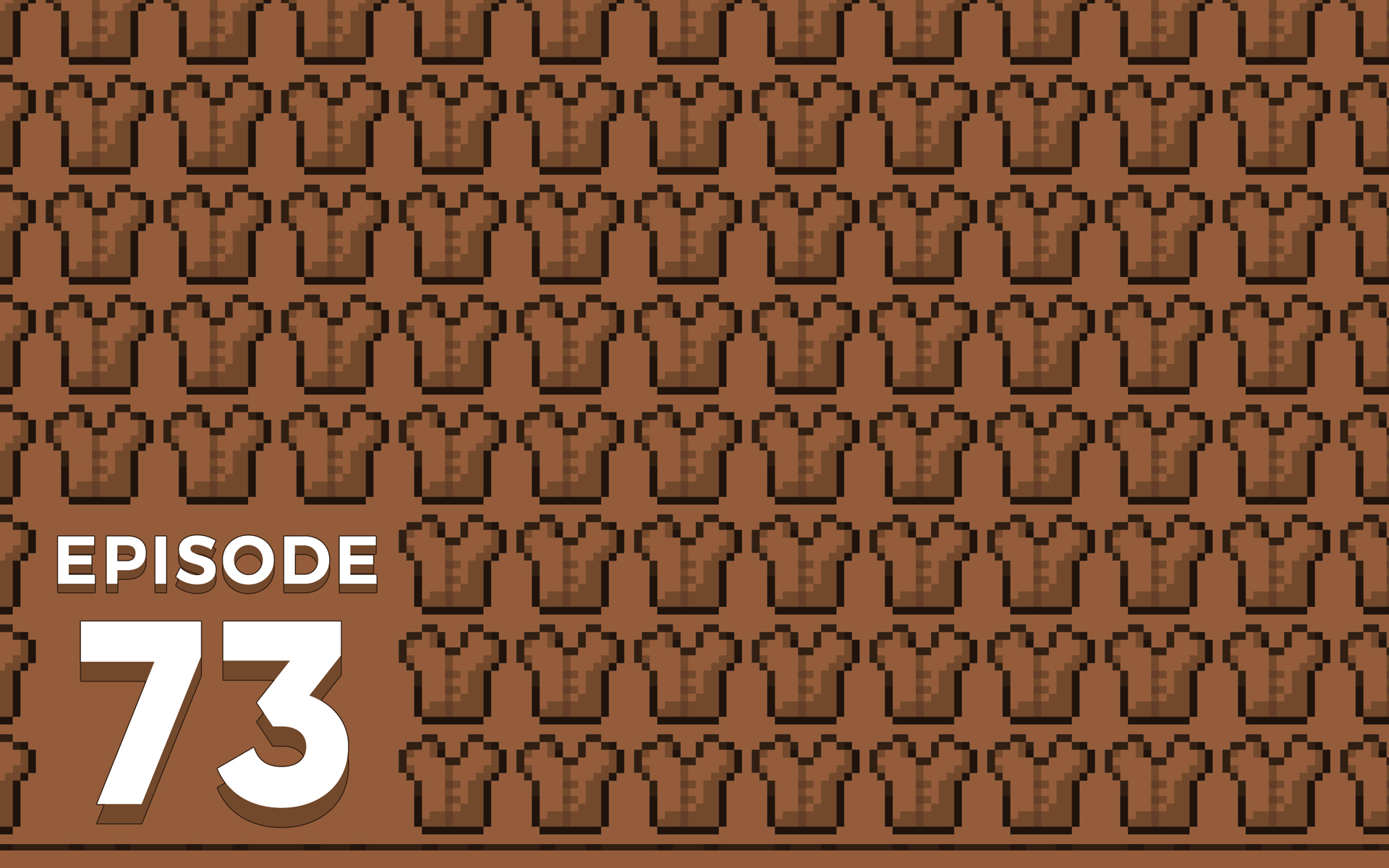 The Spawn Chunks 073: Blocking Out Combat with Fixxitt412

Jonny and Joel are joined by friend of the show Fixxitt412 to talk about the latest Java Edition release, the future of combat mechanics, and Minecraft Dungeons sounds. On the roundtable we bang out building better armour, textures and biomes.

FROM: Guy
RE: Combat Snapshot Thoughts

First time writing in and I have some notes about combat and its upcoming changes, from both a vanilla and modded development perspective.

My most driving force in writing this email is from the changes to weapon damage and healing. The changes in 1.9 weren’t nearly as world-ending as many made it out to be. I liked the lack of spamming, I enjoyed getting into the rhythm of swings, and I had hoped for charging bonuses and unique weapons in subsequent updates.

The shield was added to help keep you safe from immediate enemies, with the caveats that you’re slowed down and can’t easily fight back while you’re guarding. Now with Chopping [in the combat snapshots] you can bypass that, making PvP more interesting. Weapons also do less overall damage, but are getting more and more interesting effects like reach and charging. Honestly, Minecraft desperately needed a spear or javelin-style weapon. Tridents originally only had their throwing and retrieval as an incentive for their usage. Now their reach makes their melee abilities actually worth it.

Ever since I got into mods, I’ve always loved the feel of modded food items, partly for their fun but more so for their utility. See, the best food for saturation was and is the golden carrot. Sparing that, because of its cost, you have beef. But, as I mentioned, I love food mods. Most add some sort of high-saturation, low hunger items. That is, they restore a lot of the invisible saturation bar but only provide a little bit of actual food content. I rarely get down below 16 points of hunger, so anything that restores more than six points of hunger on it is largely wasted. My favourites are bibimbap and fruit salad. This is especially necessary when fighting, say, the Wither, wither skeletons, and the most painful modded boss ever, the Gaia Guardian.

The combat snapshot change finally allows me to deplete my hunger bar further without losing the ability to heal quickly, which is very good and adds a bit more balance to the game since I’ll heal for longer, not faster.

Armour and shields are suddenly twice as valuable, the Wither is somewhat scary again (as well as all its withering cousins in the modded world), and I can run even harder for my life.

As far as actually using the combat snapshots, I haven’t played enough of them to really say how much or how little I like the feel of them. So far I’ve felt like we are getting a lot of very nice compromises from the older system, the newer one, and other elements that could make combat better. All in all, I’m pleased to say that combat will probably follow the saying, “Third time’s the charm.”

Have a good week!

I was wondering if Fixxitt could share an honest-to-goodness look at stats regarding player count and regarding server performance. The info on the interwebs is horribly hand-wavy. There is a lot of “This setup should be able to support between 1 and a ho-jillion users”. I wish there was a “For a world that is X size on disk with Y chunks loaded on average we see Z% CPU load etc.”

Do you have any server tips to share on how to make sure your server set up  is adequate for the players and activity beyond trial and error?