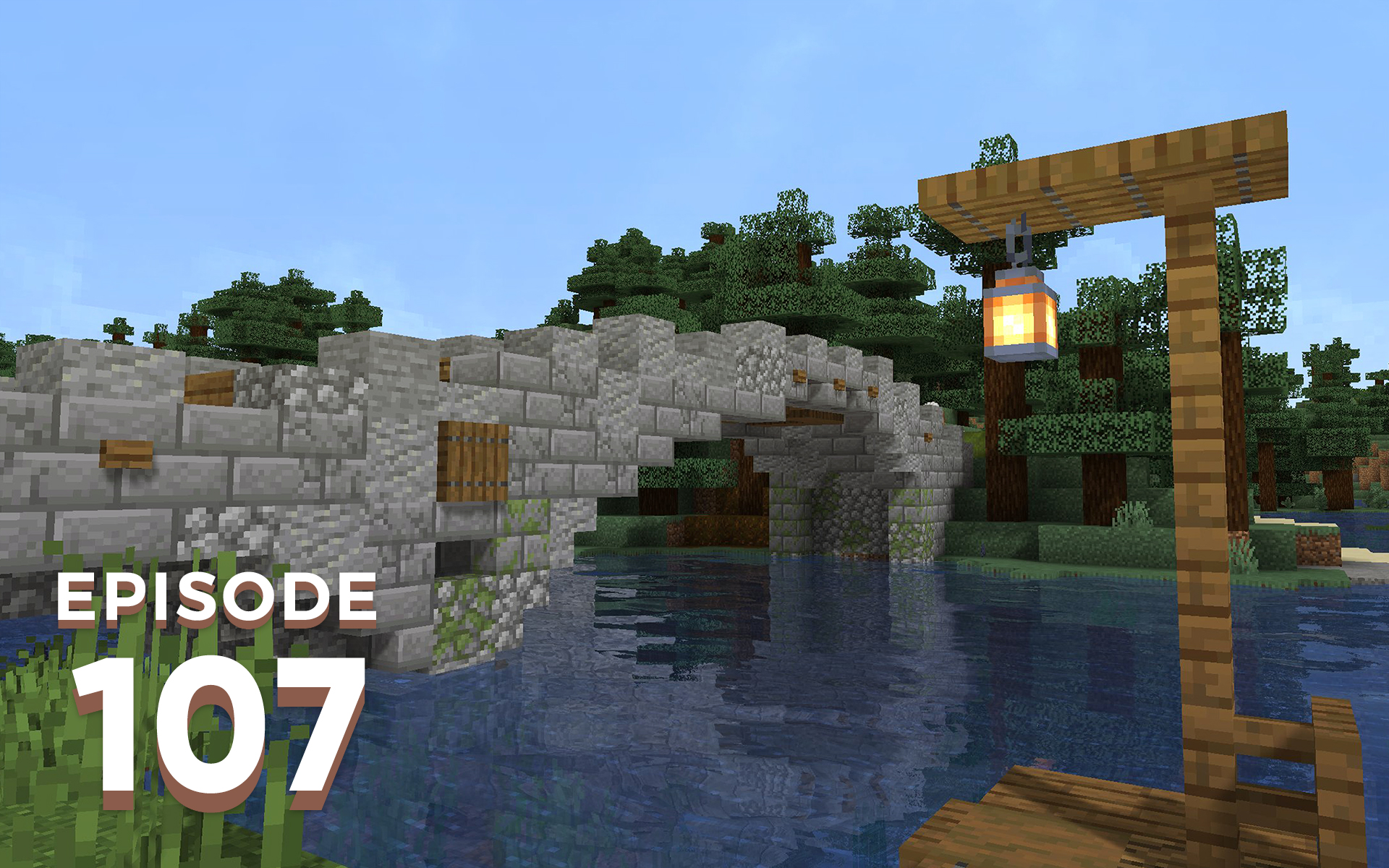 I hope you both had a great week.

Recently I had an idea to have some sort of seasonal mechanic in Minecraft. This could involve a cycle in the world much like a year irl. You could then have a period of time in the cycle for a season to occur like summer, fall, winter, and spring. In my idea the whole world would be affected by these seasons. For example we would get coloured leaves in the fall, and they could fall to the ground, snow in the winter, with crop farming slowed down with frost. Maybe in spring the animals breed quicker.

This could be an optional thing or something you could stop within a beacon radius as I understand that changing a world due to the weather would be controversial.

I have recently become a patron and love supporting this amazing show.

I am eager to hear what you both have to say on this topic.

Dom has left the game

FROM: Galois32 – Community Miner Member
SUBJECT: On The Destructiveness of Ghasts

One reason I’ve never really wanted to build in the Nether is because I’m not too keen on my structures or circuitry being destroyed by a stray Ghast fireball, which are notoriously hard to avoid.

In addition, the other destructive mobs are largely avoidable: Creepers won’t spawn in during the daytime, Blazes only spawn near their spawners, and the Wither won’t spawn unless summoned. The Ghast seems to be an outlier in this regard, and I personally don’t want to spend the rest of my life placing slabs down to stop them spawning.

Do you think Ghasts are too unavoidably destructive, and if so, how would you go about improving this, whilst still retaining the hostility of the Nether? Some ideas I’ve had include being able to blast-proof blocks, and Ghasts not being able to see you if you hide in a group of Piglins.

I’m a fairly new listener and Patreon supporter. Thanks for the hours of entertainment these past few months.

In the latest episode, (Episode 105) I heard that Joel was having trouble with the Twitch launcher. I use the Technic launcher that i think would be better for Joel. It’s super easy to get a modpack. All you have to do is click the install button and Boom! Done!

You will have to sign in again, and it will reset all your settings. And if you search Fabric, the second thing in the results is a modpack that has: Fabric, Phosphor, Sodium, And Lithium. And the pack is even in 1.16.1!

And if it doesn’t work for you, maybe some listeners might use it.

First off, I just wanna say that I’m a huge fan of the podcast and a soon-to-be Patron.

My question to you is: Should Mojang develop Mods or addons with features that enhance Minecraft, but wouldn’t fit into the vanilla game?

Many times in the community, an idea is proposed to be added to the vanilla game, but is turned down for being ‘un-minecrafty’. What if these features became mods?

Now that Minecraft is actively helping Java mod and Bedrock addons developers by releasing parts of Minecraft’s code, and promoting addons on the Marketplace, do you think Mojang should produce official mods or addons for Minecraft Java and Bedrock?

These could be free, or paid (priced like DLC for games), and would implement small additions to the vanilla game which they would not be able to implement into the base game due to kickback from the community. Examples of these addons could include features from popular data packs or mods such Xisumavoid’s Vanilla Tweaks packs (armour stand books, graves, multiplayer sleep), Optifine’s connected textures,, and dynamic lighting, or MrCrayfish’s Furniture Mod (to add tables, chairs and the like).

Another more complicated example is autocrafting. Many high level players do not dwell much on the early survival aspect of Minecraft, preffering to build megabases, farms and progress to the endgame quite quickly, instead of slowly grinding their way there.  Autocrafting may not fit into the base vanilla survival game, but could easily be implemented in a style that would fit Minecraft, without needing it to be a modded, “unofficial” version of the game. I recently watched Mumbo Jumbo’s video on a mod that added auto crafting in a very Minecraft-y way, using locked and unlocked hoppers to feed and pull items from a crafting table. By the end of the video, he had made a very large contraption to produce a comparator from raw materials such as wood, quartz and redstone by crafting all of the components needed to make a comparator, and then crafting said comparator and outputting it into a chest. I believe features such as this can easily be implemented into an official Minecraft add-on that could be added to a Minecraft world, similar to data packs.

What are your thoughts on this? Do you think Mojang should add small add-ons, almost like DLC to Minecraft? Or would these not be useful, and not have any advantage over already released mods by the Minecraft community?

I’d love to hear your thoughts.