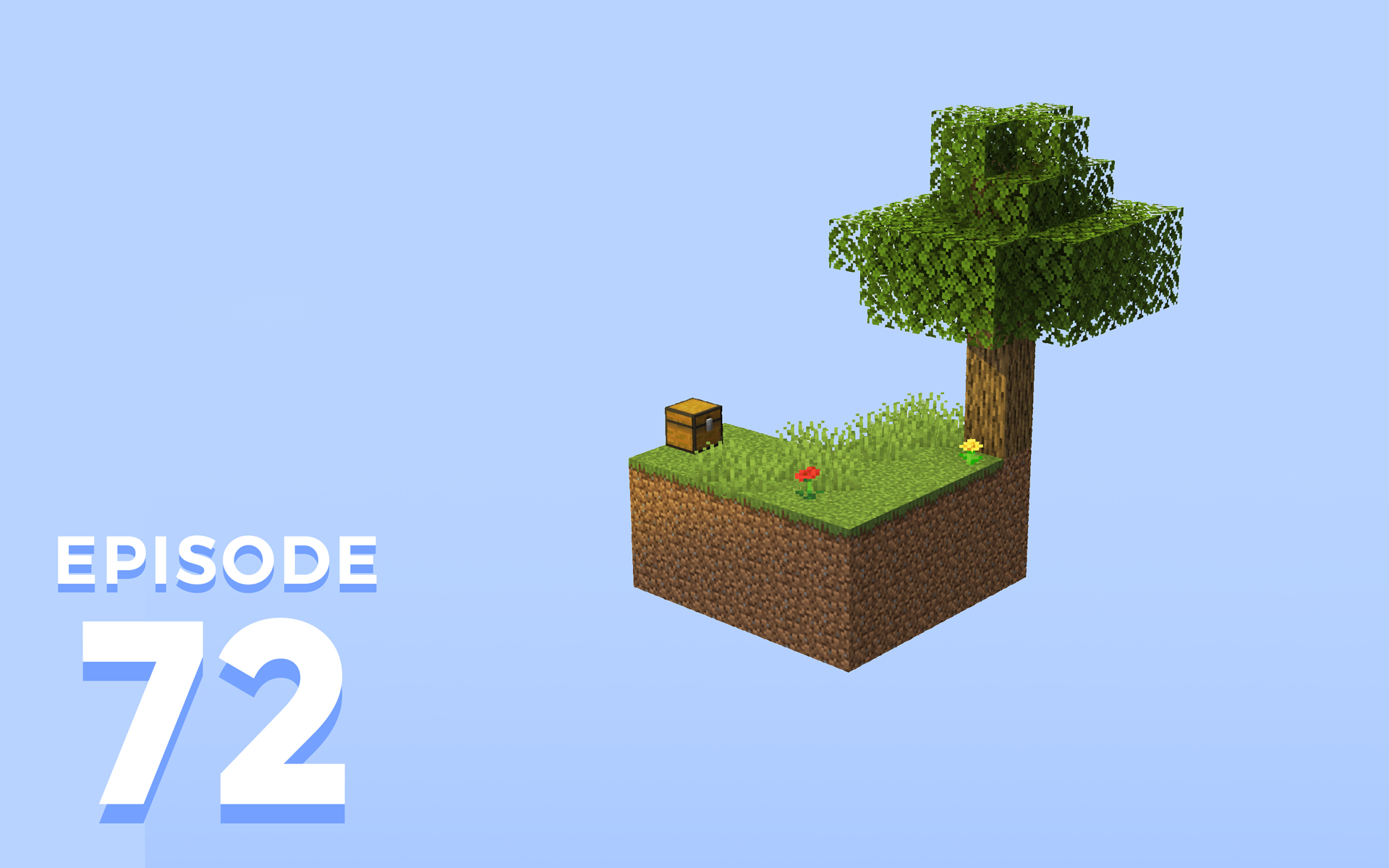 The Spawn Chunks 072: A Skyblock Leap Toward Modded Minecraft

The 1.14 world is running Paper server and performance has been pretty much the same server side and not having issues.  I would take a look at your provider and data packs. I know you’ve mentioned having Voodoobeard’s shulkermites datapack: that one generates lots of extra load on the server in particular, and I removed it after testing.  Paper/spigot’s timings report makes it easy to track this stuff down but in a vanilla server you may not have access to that.

My other 1.15 server is a Skyblock world so it is a void and all new with little to cause lag.   It is running in the Fabric loader with Carpetmod. I’m not using any of the non vanilla elements in carpet – I just use it to make it easy to monitor TPS, MSTP, and what is causing performance issues if there are any.

I have mine hosted on ExtraVM and both are on 4.2GHz or faster servers with NVMe storage.

When you updated to 1.15 did you use the “–forceUpdate” flag the first launch?  If not this might help some to make the server go through and optimize all chunks for the new format.  This can be done by request from your hosting provider.

It will do it as you load them later, but can help to do it all at once.

I’m kind of a server nerd and enjoy doing admin almost as much as playing.  Guess it’s in my nature. Been doing server administration as a job since the late 90s.

Hey Joel and Pixelriffs I just wanted to chime in on a topic but also wanted to thank you guys for the wonderful content you produce as it’s made for an almost infinite amount of entertainment.

In regards to setting up an an ender chest I tend to stick to keeping the top 18 slots for predetermined shulker boxes (i.e. redstone, Rockets, Food, backup gear etc.) while leaving the bottom 9 empty. I play in what I wouldn’t describe as nomadic way but in a one where I roam very often in search of cool terrain generation to eventually build in or just adventure when I can’t find any inspiration to build. So leaving the bottom 9 open lets me either commit those slots for shulker boxes to fill with the loot I get on adventures so I’m not constantly returning or on the flip side when I actually have inspiration to build leaves me room for all the materials I’ll need for that project (or at least a large chunk depending on the size of the project).

Also a couple shulker boxes I keep that weren’t mentioned and while arguably unnecessary I find useful are:

– A shulker box based around Combat for while I am out adventuring or in case I want to fight a wither in the open or do a raid the normal way.

– A shulker I always call a “Wallet” filled with both emeralds and common items to trade with on the go and later when I have an established trading hall.

Also a good life hack I learned from Ph1lza who is a hardcore minecraft streamer/youtuber is to keep a stack of eyes of ender so if you are very far out in your minecraft world with a broken elytra or no rockets you can find the closest stronghold and use it’s end portal to return to spawn as long as you take a bed and sleep with you along the way and don’t leave it behind or just don’t sleep once you leave base.

Anyway thanks again for everything you guys do and I await your next episode!

FROM: Ron D.
RE: Positively Charged About Bees

This is more for Joel specifically, but the buzz that bees make is great for electric fences. I don’t know if this would fit within your modern city or not, but it’s good to keep in mind for similar uses. Especially useful if you have older more rundown buildings; A lightbulb or old machine buzzing can add a lot of realism.

Could Skyblock Be A Gateway to Modded Minecraft?

Skyblock is a great setting for modpackt because it gives you easy objectives to follow when compared to kitchen sink modpackt where there are no pre-set goals and sometimes a sense of progression can be lost, leaving the player potentially feeling overwhelmed.

What is Skyblock? How do you play? What do you need to think about in your first Skyblock experience?