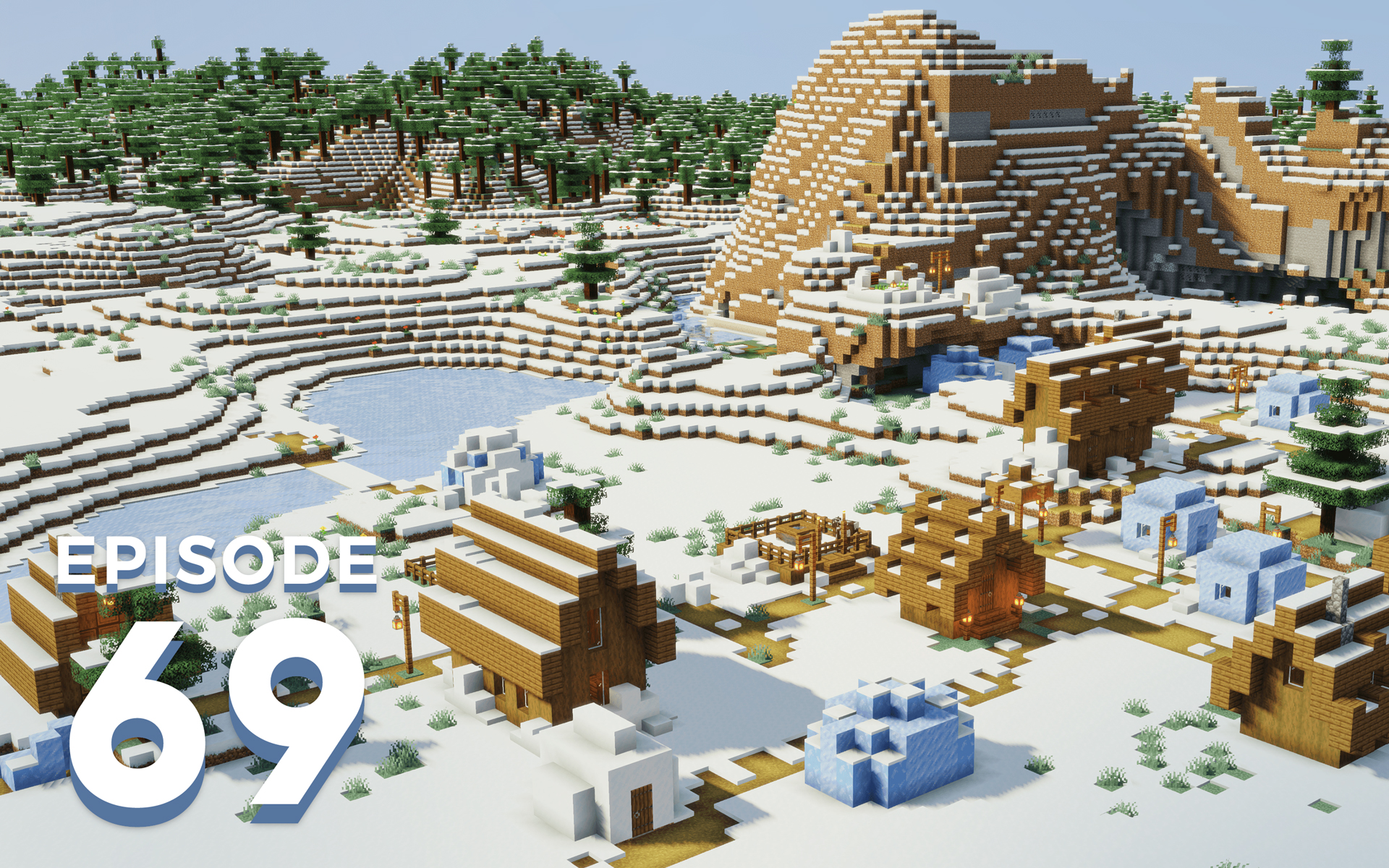 The Spawn Chunks 069: Backpacking Around Minecraft

Jonny and Joel and anticipate the release of Minecraft 1.15 Buzzy Bees and review the final pre-release news before reaching into the Chunk Mail Dispenser to discuss listener emails on Minecraft inventory, advancements and the hot bar interface. 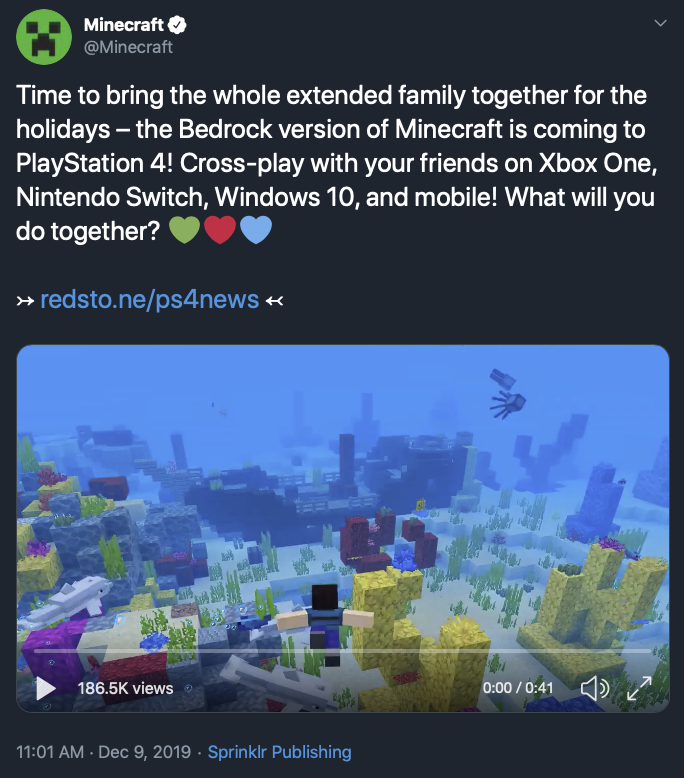 Thanks for your thought provoking episode this past Monday. As I was listening to your round table discussion, it occurred to me that your two topics would complement each other as a solution.

What if there were advancements in Minecraft such as “mine 20,000 stone” or “place 1,000 quartz blocks” for which the reward upon achieving the advancement is a bag devoted for inventory space?

This could be related to your achievement type (e.g. a bag that only holds stone or quartz).

Or, maybe the reward is a rare item that will allow you to craft a bag.  We could even have advancement tiers that allow for bag upgrades. For example, maybe placing 1,000 quartz give you a bag with 5 slots for quartz, but if you get to the next tier of placing 2500 quartz you get 2 extra slots in the bag.

I know a big consideration in your conversation was attending to game balance in the implementation of more inventory space, and it seems to me that using an achievement system would be a great way to keep it balanced. After all, it is often not until the later stages of the game when massive build projects become a thing that inventory space really begins to become a major issue.

I’d be curious to hear what you think about this idea!

FROM: Doofusory
RE: Ep. 67 Round Table – Inventory

I would like to see craftable backpacks that give maybe 1.5 chests worth of storage.  This storage would show up looking as inventory with no additional placement like ender chests.

The way to make it competitive (or immersive?) would be that it’s taking place of the chest inventory slot. So, no chest plate or flying if you’re wearing a backpack. I would add an XP level requirement to access the backpack. Something like first backpack requires 30 XP levels, second 40 XP levels, third 50 XP levels, etc.

This would add extra incentive to avoid death as you risk “locking” gear/items in a backpack that you’ll have to regain 30 levels of XP to access again.

Lastly maybe have backpacks never despawn? That way if you know you’re dying, you can dump everything in a sack before and it will be there safe when you get back.

Love the show and thanks for all the work!

FROM: Izaac T.
RE: Inventory – Backpack

I have recently listened to your episode on re-inventing inventory and I had a few ideas of my own.

1) We could have a search bar in the inventory and GUI’s. This would make finding andesite in a box of stone and gravel way easier. (We’ve all struggled with that at one point or another)

2) Add a backpack. I was thinking something that could take up one inventory slot but maybe we could move the inventory over on screen and add another smaller space for the backpack. You could upgrade it over time but maybe the new bag recipe would require the previous bag to craft, to prevent jumping ahead.

Thank you for your time and keep up the amazing work.

FROM: Knightrider009
RE: Inventory Management – Second Hotbar
NOTE: Shout out to Cynthia Sherwood who wrote in with a similar email topic.

Hi Jonny and Joel, in the last episode of The Spawn Chunks you had a discussion about inventory management and ways it could be improved.

An idea I had was a kind of “Shadow bar” beneath your main hotbar. You could swap between the two and have a second hotbar. The key thing is that you can switch between bars on a slot to slot basis with a certain key (like the F key for the off-hand switching). My standard hotbar arrangement generally consists of: sword/axe, pickaxe, bow, building blocks, water bucket, food and torches. This leaves me with 2 slots of free space in my hotbar which can be a pain when building and completing general tasks. And all this is complicated by the fact that I need to switch in things like: a shovel, an axe (If I’m not using it as a main weapon), rockets, ender pearls etc.

Being able to switch between a second hotbar be great as you could condense the staples of your hot bar to a smaller number of slots which means you can carry more task materials around without having to sacrifice things that could save your life.

This may not solve the whole inventory problem but it is a start and could greatly improve the hotbar system. Keen to hear your thoughts, keep up the great work,

FROM: Dan
RE: Grind Time

I just started listening to the podcast about a month ago, and I’ve really been enjoying it so far. I’ve actually been listening to it a lot recently while I do busy work on my Minecraft world, like mining and resource gathering.

So that poses the question; What do you guys like to do (listen to) while you’re doing grindy stuff, excluding streams?

Again, love the Podcast and keep it up!

FROM: Finnley_The_Fish
RE: Ep.68 (re: Minecraft Earth)

With the topic of Minecraft Earth, I am not able to play inside my house. I can’t figure out how to make the build pallet smaller. This makes it so I have to go outside into a park or a larger area to build in Minecraft Earth, and I was super excited to start building in Minecraft earth! So that really sucks.

Also, I am kind of annoyed with the fact that me and my sister (who share a Microsoft account) can’t have two separate worlds to collect and build in. I also find it annoying that there is no creative mode. I personally don’t really like survival mode too much so I mostly play creative but Minecraft Earth doesn’t have the creative mode. So I am not even able to test things in Minecraft Earth.

FROM:TheSimpleGamer
RE: Ep.68 (re: combat snapshots)

I think the arrow accuracy should’ve stayed the same. It was more realistic when they didn’t always hit the target exactly…. And it was so satisfying to hit a target 100 blocks away when it was challenging. Now it feels like a modern rifle than a bow.