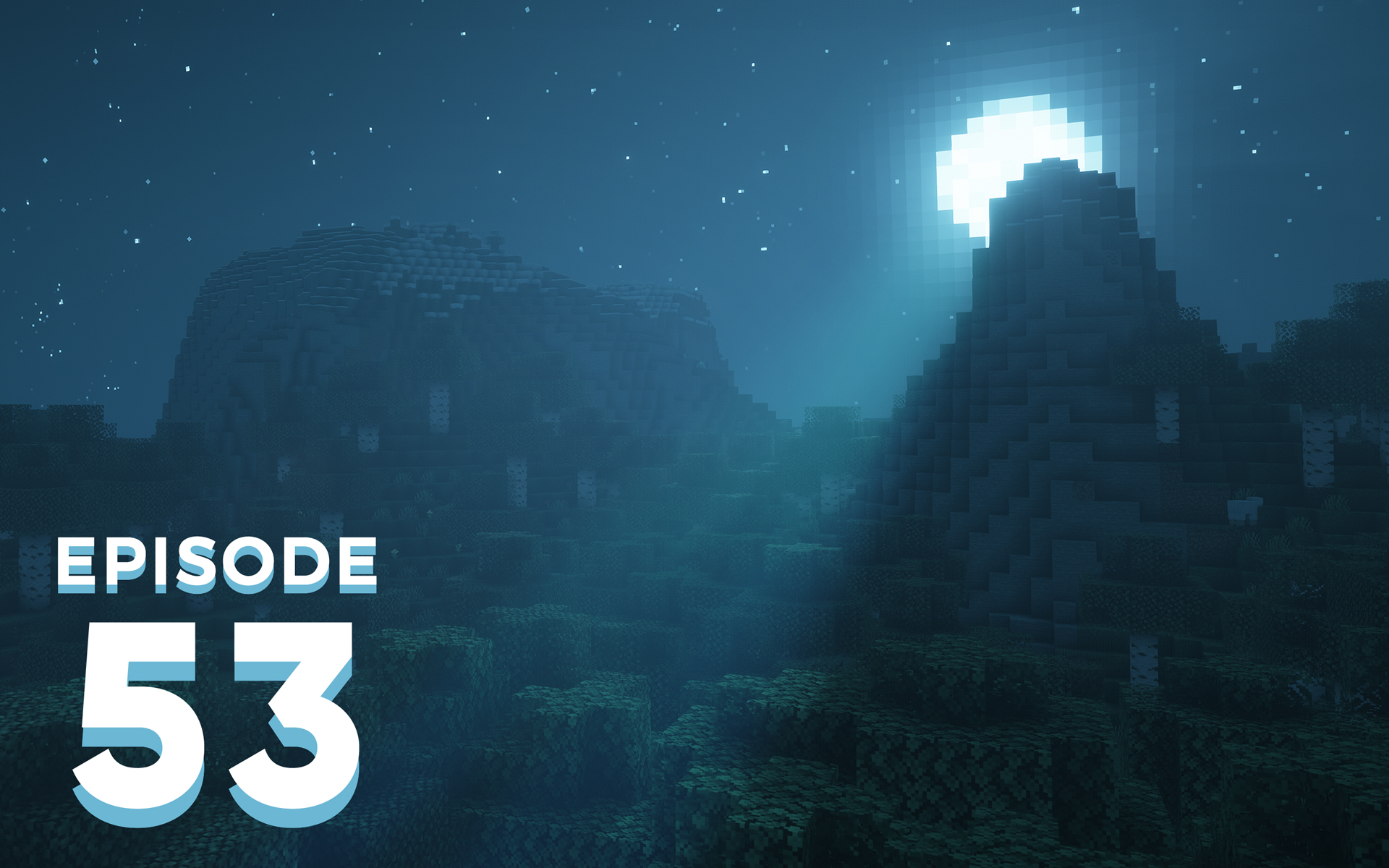 The Spawn Chunks 053: How Are The Graphics?

Jonny and Joel push up their nerd glasses and talk ray tracing in Minecraft Bedrock Edition, the latest custom combat update from Jeb, and plenty of listener Chunk Mail. 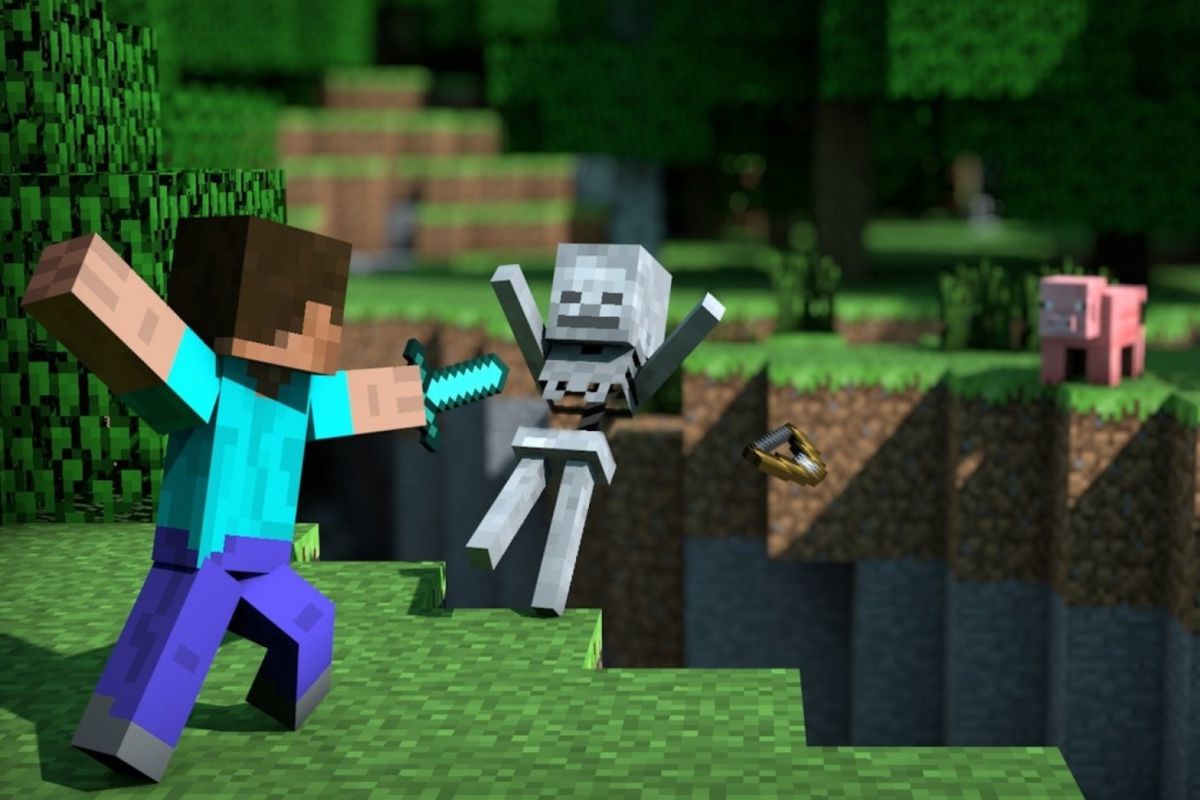 RE: Email reply from a Mojang JIRA Moderator

In episode 51, you were talking about Mojang’s bug tracker. As a moderator of said bug tracker, of course I want to chip in and share some of my thoughts. I almost exclusively focus on the Java Edition project, I’ll be mainly talking about that part of the bug tracker here.

As Pixlriffs already said, all of us are volunteers managing the tickets flowing in in our spare time (the Bedrock Edition project is managed partly by Mega_Spud who is a Mojang employee though) and thus many mods can only help with keeping the bug tracker clean for a short amount of time each week.

I’m one of those who are lucky enough to have a little more time. But even then, the workload is overwhelming. That was especially noticeable after 1.14 was first released; during the month of April 2019, 3188 new tickets were created. This is the largest amount of new tickets in a single month since August 2014. (You can view some more fancy graphs and statistics here: https://imgur.com/a/ubWyclo)

Fortunately we have a few helpers who help us out with day-to-day business, though. And the bug tracker is mainly a community project, even if the devs use it (which is not the case for Bedrock Edition though, by the way, valid tickets are just relayed to their internal bug tracker), so any helpful comments that we get are much appreciated.

When I take a look at a new ticket, I usually check whether there’s enough information given. There are so many people who just file ticket saying “Help, my Minecraft is crashing!” and don’t give any further information. Then, if it seems to be a valid issue, I check if it’s been reported already. At least 50% of the time, it is.

Often I can already tell on first glance whether it’s been reported already, because I know which tickets have been reported recently and can find them again by searching for their title. Most users that aren’t wasting their life on the bug tracker don’t have that advantage and fail at JIRA’s unfortunately pretty horrible search engine. (That we can’t change anything with by the way, as JIRA is made by another company. JIRA is also not actually made for such a large public website; it’s usually just used as an internal bug tracker.)

Then, if a ticket passed all these “tests”, I’ll try to reproduce the issue… as soon as I find some time for it. This is most often the most time-consuming part: Finding out what actually causes it and how to consistently get it to occur. If I have found that out, I’ll usually make sure that the ticket’s description and title are correct, and if they aren’t, I’ll change them. Sometimes I’ll even film a short video and attach it to the ticket so that people can more easily understand what the bug is all about.

It’s really hard to find a title that’s short(ish), accurate, easy to understand, and easily searchable at the same time. It’s usually a compromise. If something isn’t clear based on the bug report’s title, usually the description has all the details.

Obviously, not every ticket gets that treatment. You can tell when a mod (or a helper) has reproduced an issue if the ticket has been marked as “Confirmed”. Tickets that are marked as “Unconfirmed” have usually not been touched. (There are also “Community Consensus” and “Plausible” which are in between, but more rarely used.)

Also, this is how I, personally, do everything; other mods may do things a little differently. But if you want to have something changed about a ticket, you can always talk to us in the comments, or in our subreddit that we have for longer discussions (/r/Mojira).

Anyway, I hope this email hasn’t been too long (It ended up way longer than I expected, sorry!) and was somewhat interesting. Have a great day, and keep up the amazing podcast!

Just listening to Ep.52 and wanted to humbly offer a correction on the subject of the frequency with which Villagers refresh their trades in 1.14.4.

This 1.14.4 Villager trading frequency actually seems fairly OP, particularly if you include a zombie curing as well. In my single player Java world, I currently use a cured Librarian as my XP farm. My Librarian will sell me 3 bookshelves for an emerald, then buy back books for 1 emerald each.

Anyway, really enjoying the podcast and here’s to another 52 episodes. Also enjoying both of your Youtube and Twitch content.

I consider myself a newer player of Minecraft since I started October of last year after randomly stumbling upon Hermitcraft.

Something that has basically prevented me to even think about playing Minecraft is that I’m disabled and unable to use a keyboard, mouse, or controller. I utilize adaptive technology (voice recognition & an eye tracker) to do mostly everything on the computer.

Once I viewed a few Hermitcraft videos… Well, maybe more than a few… I became inspired to purchase the Java edition of the game so I can play Minecraft is with the eye tracker! The only downside is that I play on peaceful, on version 1.11.2 and only utilizing two-thirds of my screen, but I am glad I found a way to play the game.

I am also glad to have found the survival guide, which has led me to this podcast that I listen to when I am running around my world and avoiding falling into ravines and lava.

Hopefully one day I will be able to play on the most recent version of Minecraft!

P.S. Even though I play on peaceful on 1.11.2 I truly enjoy using resource packs and shaders. Might as well at least make the game look better!

Waste Not Want Not

Almost every block or item in Minecraft has multiple uses, which prompts players to save items instead of throwing them away. But since many of those resources can be farmed, why do we stuff our storage systems full of blocks we aren’t going to use?

Is there a ‘Marie Kondo’ approach to Minecraft where we can throw away any items which don’t bring us joy?

Which items get chucked out first when you try to make space in your inventory?

Do you still go back and pick them up within 5 minutes so they don’t despawn?

And is there anything you’re comfortable destroying altogether?