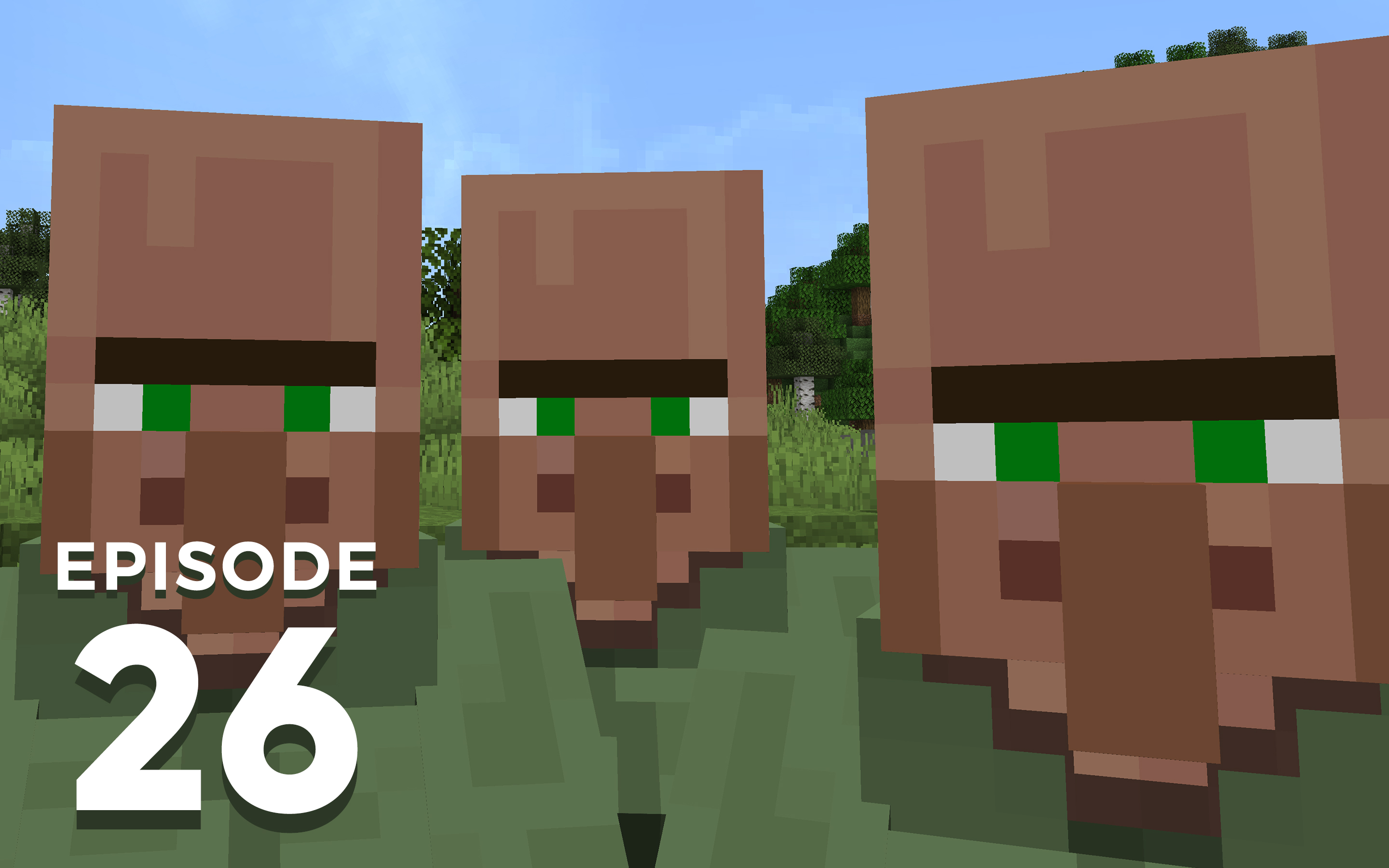 Joel and Pixlriffs take a look at the upcoming dynamic professions that will be assigned to villagers in your Minecraft world, get particular about particles and spitball ideas for improving mine carts.

In response to the Episode 25 discussion,

I enjoyed the episode and had a few points to throw in. Java worlds are infinite right? So that means a lot of the resources you guys were talking about are infinite. Hard to find or extremely far away, yes, but still infinite. I do agree that clay, quartz, red sand, etc all would be nice to be able to craft especially for me, a ps4 legacy player. The console edition allows for a max 5000ish by 5000ish block world which is limiting for world and structure generation. I liked the chunk mail about the newer features being basically new versions of things we can already do with just a hint of added efficiency. I also feel it’s a waste of development time that could be used for new features or revamping old essential features like the minecart. It is MINEcraft after all. I think the new blocks, stonecutter blast furnace etc should add the renewable functionality to blocks like you were talking about, clay and quartz and all. Also, Joel, I agree with you about the limitations of the wandering trader and his trades for miniscule amounts of blocks,  if it’s gonna be rare to find him and he disappears no matter what he should trade stacks of blocks for 8 or 16 emeralds… and isn’t there a 2 block tall flower that makes purple dye? With bone meal you should be all good.

Love the podcast and the YouTube stuff, keep it up. I’m a longtime console player but I bought java after watching the survival tutorial and then decidedly vanilla which led me to Hermitcraft. I even tried to join a server. Sadly, even with optifine I can only get around 15fps and it’s even worse on a server so I had to stick with console for now. But I continue to keep up with the pixlriffs content cause it’s so good. Also, somebody needs to get Mojang and 4j studios to finally bring the console edition to bedrock, I’m tired of waiting.

Thanks for reading my rant 🙂

Nick from Missouri, USA aka Knicknack on Java

Just wanted to note, you both agreed lapis wasn’t renewable. Clerics will trade for it.

Have a great day 😀

Do you ever mix up blocks when viewing them in the inventory/chest? For example, I always mix up Black Wool and Coal Blocks until I grab them.